Cutting Edge vs. Base Angle

Working in rugged environments and winter conditions tend to make damaging obstacles unavoidable. As a result, plow equipment often takes a hefty beating - that's just the nature of the beast! Two snowplow parts, the base angle and cutting edge, can be used to combat the inevitable conditions. Though they are similar in function and appearance, they each have a different purpose. To resolve any confusion, here is a breakdown of each part, detailing its function and giving direction as to when you should be using each of them!

The base angle is the assembly on the bottom of a trip-edge style snowplow, such as the Trip Edge Straight Blade or DXT, that makes actual contact with the ground. On a Trip Edge Straight Blade plow, the base angle is attached to the back of the plow by a set of two arms. These arms then connect to a bar and spring mechanism that allows the base angle to complete its purpose: a tripping action. When the snowplow encounters and hits an object, the bar and spring allow the base angle to "trip" backward and spring back into place, avoiding maximum impact. The DXT plow base angle is attached differently using a series of pins and torsion springs, but it still completes the same purpose. Additionally, the DXT base angle comes with a curb guard and bolted on snow catchers. Overall, the base angle is the part that helps protect both the plow and truck from unforseen obstacles that may appear on the job. 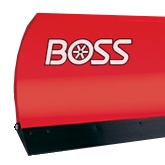 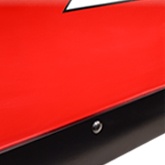 When to Use Each

Click HERE to view a video further distinguishing these parts!